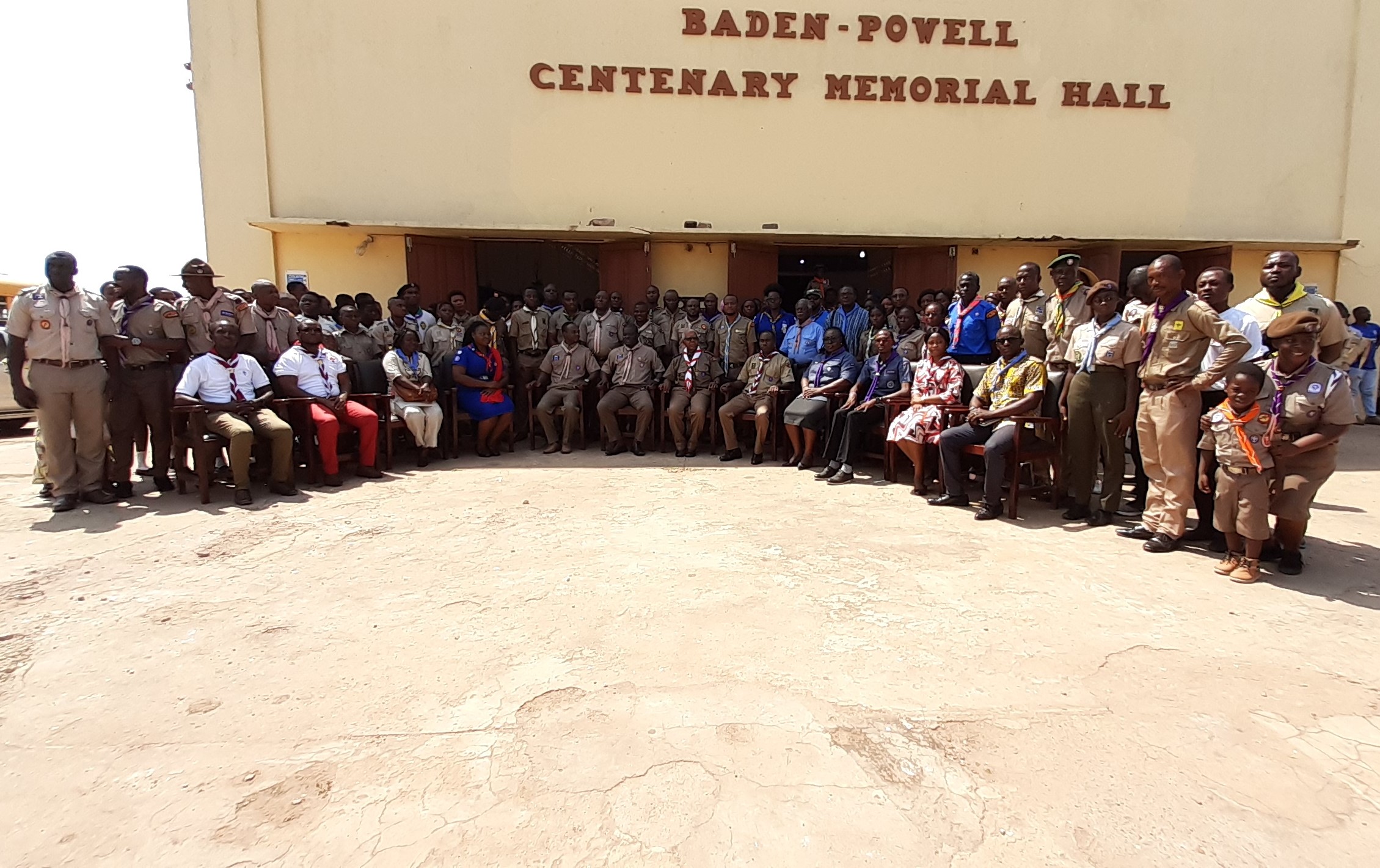 The Ghana Scout Association had its first Chief Scout Investiture on the 30th of November 2019 at the Baden Powell Memorial Hall under its new Constitution.

The ceremony was to invest Lawyer Sam Seth Wood as the new Chief Scout who will be the Chairman for the NSO's AGM.

He thanked the Association and its members for the honor done him. Mr. Sam S. Wood whose father was the founder of the Association and him being a former Chief Commissioner (1997-2001) said there is strength in numbers so we should always be united as a team which will propel us to success as Scouts and as Humans.

The Chief Commissioner, Louis Anopong Okyere, said he was happy for this day and a proud member of the GSA. He advised Scouts to desist from all illegal activities and encouraged them to make sure they visit the GSA website to learn and also use the reporting forms on there to convey their grievances and that the "Aluta" days were behind us.

Madam Jemima Nartey, the Vice Chair of the World Scout Committee, commended the current administration of the GSA for restructuring the NSO to meet the required standards and advised that it was very important to be visible. She encouraged the GSA to undertake some of the SDG's, address them and it will help with the NSO's public image.

Victor Atipagah, the Chairman of the Africa Scout Committee said he was thrilled to be present for the ceremony and cautioned the GSA to make sure they don't get carried away but there is more work to be done. He encouraged the members to stand on their toes and put in more efforts for better days like this.